How to Play Bocce

Each frame is played from one side of the court and begins with the pallino being rolled into play on the court.

Every roll (including the pallino) must meet the following criteria to remain on the court:

When throwing the pallino, if the pallino doesn't go beyond the half court line, or touches the back wall, the toss is invalid and is turned over to the other team to begin the round.

The team closest to the pallino is “in” and the other team is “out.” The team that is “out” throws until they are “in” or out of bocce balls. Both teams must throw all of their bocce balls to complete a frame.

To become the team that is “in” you must roll a ball to be closer to the pallino than any of the other team's balls.

There are no rules against your ball striking any of the other balls in play, the pallino, or the side walls.

There are no rules dictating player rotation or throws within a team. That is entirely up to the team to decide who plays.  During the playoffs, any player who throws must be listed on the initial team roster from the beginning of the season, and have played in at least half of the regular season matches.

Points are scored after all balls have been thrown. The team with a ball closest to the pallino is the only team scoring in that frame. Scoring team receives one point for each of their balls that are closer to the pallino than the other team’s closest ball.

If two balls are equidistant from the pallino at the end of the frame, then the next closest ball breaks the tie.

The team that scores, controls the pallino to begin the next frame. They get to throw the pallino, followed by the first bocce ball.

The first team to reach 11 points--and win by 2 points--wins that game.  In league play, the team winning two (2) out of three (3) games will be the winner for that night. 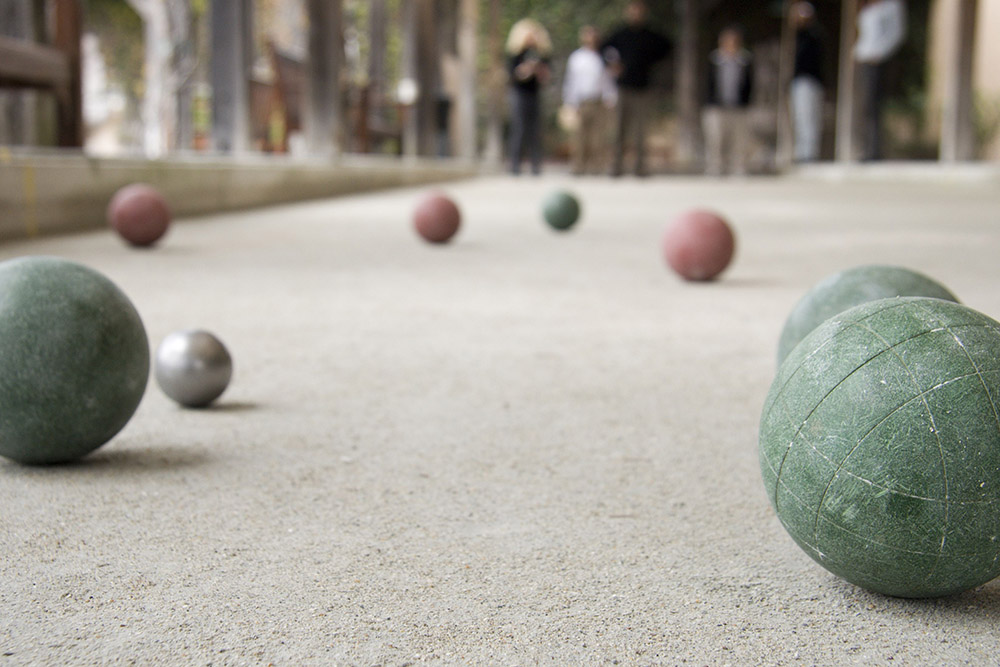